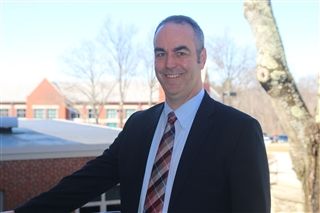 Mr. Mead is well-known to the Saint John’s community having been hired to teach mathematics in 1990 by then-Headmaster Bro. J. Conal Owens. Since 1991, Mr. Mead has coached ice hockey at Saint John’s at every level serving as a freshman coach from 1991-1994, head junior varsity and assistant varsity coach from 1994-2007, and head varsity ice hockey coach since 2013. Mr. Mead is highly respected in the ice hockey community for his knowledge of the game, his excellent sportsmanship, and is appreciated by his athletes for his high expectations and consistent and fair treatment - we are grateful that he will remain our varsity ice hockey coach while taking on his new role as Athletic Director. Mr. Mead has also served as department chair for the Mathematics Department since 1996 and director of the school’s intramural program from 1991-2017. He has also been very active in youth sports throughout central Massachusetts since 2005.

Throughout our search process, Saint John’s High School sought a leader who is deeply committed to the mission of Saint John’s High School, understands the role of athletics at an all-male Catholic and Xaverian Brothers Sponsored School, and is focused on the continued growth of our athletic program and on the development and well-being of our student-athletes and coaches. In his time at Saint John's, he has earned the respect of his colleagues, fellow coaches, and his student-athletes alike.

Mr. Mead graduated with a BA in Mathematics and Psychology from Assumption College and a Masters of Mathematics from Worcester Polytechnic Institute.
Back