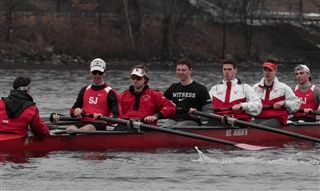 The Choquette Family Foundation gave new shell "Maple Leaf" to the SJ Crew team.
On a chilly Monday evening on Lake Quinsigamond, the Crew team and their families gathered at Donahue Rowing Center to dedicate the latest addition to the Saint John's Rowing program: a new shell.

Made possible by the Choquette Family Foundation, the shell, christened "Maple Leaf," was blessed by Brother Paul Feeney, C.F.X. and christened by Pierre Choquette, grandfather of Griffin '17 and Colin '19 Millette. He spoke with pride in his grandson's involvement with the Crew team, and reflected on the harmony and teamwork that are integral to their success.

"Maple Leaf" is a nod to the family's Canadian roots, and serves as a reminder of family, unity, and cooperation - important and lasting elements of the Saint John's Crew program.

Senior rowers then took the state-of-the art boat for its first trip around the lake after the ceremonial christening. 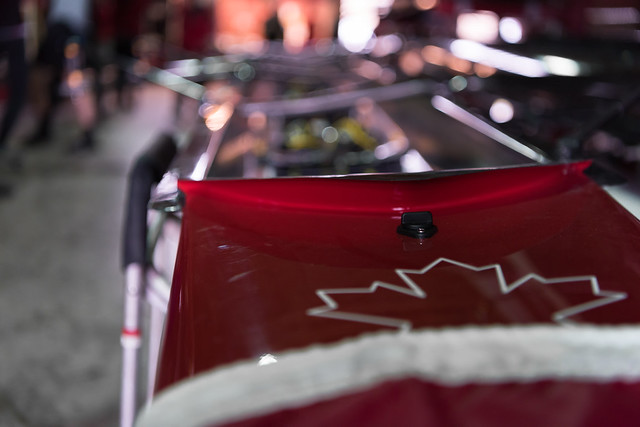