Please note, we are no longer accepting registrations for the 2022 Betty Curtis Worcester County Young Writers Conference. Please join our mailing list to be notified about next year's event.

Information for Registered Participants:
We look forward to welcoming you to the Betty Curtis Worcester County Young Writers Conference at Saint John's High School this Saturday, March 26.
A few important notes:
If you have any questions or concerns, don't hesitate to contact me.
Sincerely,
Diane Mulligan
Workshop Offerings


There are benefits to creating your own world in which to write, rather than our own boring and familiar one.  Let's discuss Wizards, Elves, Dwarves, Ogres, mythical beasts, and the ways you can use magic in your writing to hold up a mirror to modern themes while setting your stories in a medieval-type world.


Fiction: What Makes a Character?
Mentor: Tim Mudie
In this workshop, we will come up with characters by listing various archetypes (teacher, adventurer, etc.), locations, personality traits, and wants. We will then randomly connect those to create characters and write brief stories. After that, we will choose a different thing for our character to want and write a separate story, seeing how a character's motivation is the driving force in fiction.


We will come up with an SFF twist to our world (e.g., dragons are real; aliens came to Earth 50 years ago) and extrapolate as a group for how the world would be changed in ways both large and small. We will then each write a story in that world, focused on the smaller daily-life details, working in the worldbuilding aspects organically.
Poetry: Lend Me Your Poem
Mentor: Beth Sweeney


In this workshop, students will not only share poems they have just written but will also use them to inspire and construct still more poems.  You’ll have a chance to experiment with a range of different forms of poetic adaptation and collaboration, including the exquisite corpse, the golden shovel, the call and response, the switch, and the tapestry.  Writing poems off of, against, for, and with poems by other writers is a fun way to stretch your mind and develop new ways of working with words.


Poetry: As If
Mentor: Beth Sweeney


This workshop will begin with games and exercises designed to teach students how to create fresh, startling, and weirdly appropriate metaphors.  The many metaphors we produce together will provide the seeds for the individual poems we write.  You’ll learn how to use a metaphor to organize an entire poem, how to develop it with word choice and sensory imagery, how to extend it in surprising ways, and how to wrap it up with an unexpectedly meaningful ending.


See it, write it, publish it—the 8-hour sprint that produces The Writers Conference Gazette.  During the workshops, participants will interview, record, and photograph happenings at the Betty Curtis Worcester County Young Writers Conference and by day's end have a complete, published newspaper to share with all participants.


Nonfiction: You Can Talk to a Rocket Scientist - The Importance of Primary Source Interviews
Mentor: Kathryn Hulick


Primary sources bring life to your writing, and they're essential if you're a journalist or nonfiction writer. But why are they so important? How do they differ from regular old research? For my new book for teens, WELCOME TO THE FUTURE, I spoke with 55 experts! Using some of these interviews as examples, Hulick will walk you through the reasons for doing interviews as well as how to conduct one. You'll learn how to prepare, what types of questions to ask, and why it’s important to ask a question even when you think you already know the answer. Come ready to practice your interview skills with other attendees in this hands-on workshop. Although this presentation is geared towards students interested in nonfiction writing and journalism, fiction writers may also find it useful to conduct interviews.
Nonfiction: Science writing that sparks and sizzles
Mentor: Kathryn Hulick


A story about chemistry or physics may cover some tricky material. But it doesn't have to be boring. Kathryn Hulick has been writing about tough science topics for kids and teens for over a decade. She has learned some tricks that help communicate complicated ideas without losing anyone's attention. Many of the same techniques that bring life to fiction writing can also liven up nonfiction, for example bringing in all five senses or using dialogue. Numbers can be presented in ways that make them easier to grasp and more fun (like measuring something in elephants instead of kilograms). In this interactive workshop, participants will work to turn a boring paragraph of text into something that sparks and sizzles,
without losing any important information.

Mixed Genre: Creating Your Own Publication

Join writer, editor, and scholar Heather Macpherson to learn what is involved in launching your own publication to share your work and the work of other talented writers.
About Our Mentors


Chuck Abdella is a History teacher at St. John’s High School. His writing has appeared in the B.C. Stylus, Worcester Magazine, and The Boston Globe. Chuck’s most recent novel, a YA fantasy tale, THE SUN AND THE MOON, was published in 2021. His adult fantasy series spans four books: THE OUTCASTS, THE DARKEST FORESTS, WHISPERS OF SPRING, and A FLICKER OF HOPE.


Timothy Mudie is a speculative fiction writer and an editor of all sorts of genres. His fiction has appeared in various magazines, anthologies, and podcasts, including Lightspeed, Escape Pod, Wastelands: The New Apocalypse, and Interzone. He lives outside of Boston with his wife and son. Find him online at timothymudie.com.


Susan Elizabeth Sweeney’s poems have appeared in Diner, The Worcester Review, The Journal of Irish Literature, and elsewhere, and have won an Academy of Poets Prize, the Frank O’Hara Poetry Prize, and other awards.  Beth has served as president of the Worcester County Poetry Association and as coordinator of the Creative Writing Program at the College of the Holy Cross, where she is now the Murray Professor of Arts and Humanities.  In May 2019, she received the Distinguished Faculty Scholar Award from Holy Cross, only the second time it has ever been granted.  Beth’s chapbook, Hand Me Down (Finishing Line Press, 2013), was a semifinalist in the 2012 New Women’s Voices Competition.  She is now writing a series of poems about her namesake, Mad Sweeney—a king, poet, and madman in Irish folklore—and his wife.


Rodger Martin is the author of four books of poetry.  His latest book, For All The Tea in Zhōngguó  was released in 2019.  It follows The Battlefield Guide, (Hobblebush Books: 2010, 2013) and the selection of The Blue Moon Series, (Hobblebush Books:  2007)  by Small Press Review which was one of its bi-monthly picks of the year. Rodger is also on the faculty at Keene State College, where he teaches and is the advisor to the student newspaper.


Kathryn Hulick
Kathryn Hulick is the author of two books for teens, Welcome to the Future: Robot Friends, Fusion Energy, Pet Dinosaurs, and More (Quarto, 2021), about how technology could change the world in the future, and Strange But True: 10 of the World's Greatest Mysteries Explained (Quarto, 2019), about the science and history of ghosts, aliens, and other mysterious things. As a freelance science writer, she regularly contributes to Science News for Students, Muse magazine, and Front Vision, a Chinese-language science magazine for young people. She has also published numerous educational books for kids and teens on topics such as video games, artificial intelligence, energy technology and dinosaurs. She co-directed the New England SCBWI conference in 2011 and 2012 and presented workshops in 2014 and 2018. Hulick’s favorite part of writing about science is getting to speak with researchers in many different fields. Once, she spoke with an expert on parallel universes while he was shoveling snow from his driveway. Another time, she called a biologist who was out in the field in Africa, watching a herd of elephants. In addition to writing, she enjoys hiking, gardening, painting, and reading. Hulick lives in Massachusetts with her husband, son, and dog. Her website is http://kathrynhulick.com/ You can follow her on Twitter @khulick or on Instagram or TikTok @kathryn_hulick 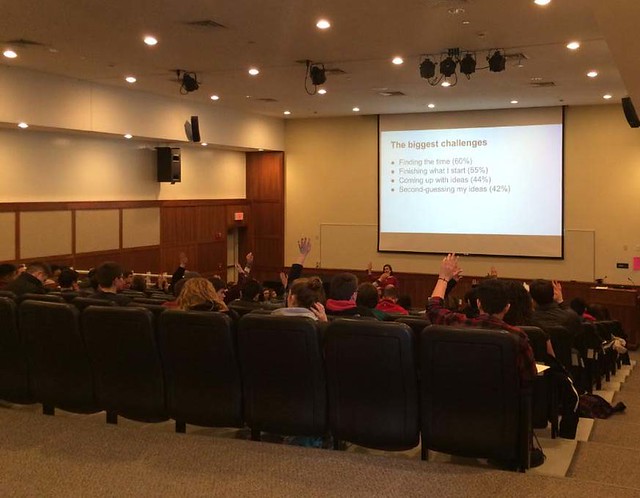 The registration deadline for the 2022 Betty Curtis Worcester County Young Writers' Conference has passed, and registration is now closed. There may be space available in some workshops sessions. To inquire, please email Diane Mulligan, dmulligan@stjohnshigh.org.