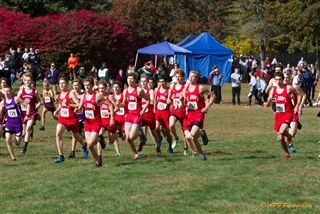 See photos of past XC seasons, as well as other SJ photos.

Training
Barefoot Running
"Only A Game" (WBUR Boston)
Posted by Karen Given, Saturday, May 8th, 2010


Great Books for runners to read:
Born to Run
Ultramarathon Man
The Perfect Mile
Duel in the Sun
A Cold Clear Day
Bowerman and the Men of Oregon
Once a Runner
Again to Carthage
Running with the Buffaloes
Daniels Running Formula
Pre: The Story of America's Greatest Running Legend