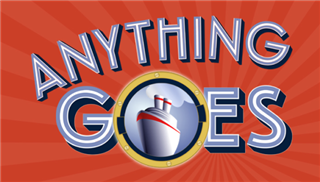 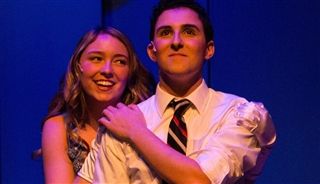 Saint John’s High School is proud to announce its production of Cole Porter’s classic, Anything Goes. The production featuring students from Saint John’s and the surrounding communities will perform November 14, 15 and 16 at 7:00 PM. All performances take place in The Robert R. Jay Performing Arts Center, located in Founders Hall at Saint John’s High School.
Music, dance, laughs and the age-old tale of Boy Meets Girl – no musical puts it on stage better than Anything Goes! A hilarious shipboard romp, wrapped around one of Cole Porter’s most magical scores, Anything Goes is Delightful, Delicious, and De-Lovely.
Join an animated cast of characters as they board the S.S. American for what turns into a farcical Transatlantic Crossing from New York to London. Reno Sweeney, a night club singer and former evangelist bumps into her dear friend Billy as she travels with her backup singers. Billy, a Wall Street broker, is traveling to win the love of his life, Hope Harcourt. Sadly, Hope is also traveling with her fiancé, a rather uptight British gentleman, and her mother, and even more uptight New York society matron. Hilarity ensues as Billy fights for his love in this romantic musical farce, complete with mistaken identity, slapstick humor and even Moonface Martin, also known as Public Enemy No. 13!
Back