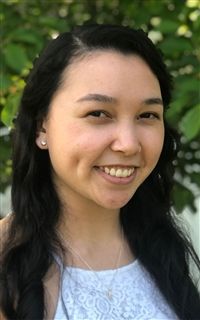 On July 1, Kathleen Schlegel will join the faculty of the Br. Robert Middle School Division at Saint John’s teaching spanish language to our incoming seventh graders.
Ms. Schlegel is a graduate of the College of the Holy Cross where she received a Bachelor of Arts in Spanish with a concentration in Latin American and Latino Studies. During her time at Holy Cross, she participated in a Study Abroad program for one year at La Universidad de Leon in Spain. Ms. Schlegel also has most recently completed a Master’s degree in Special Education from Assumption College.
In her current position as a teaching fellow at the Nativity School of Worcester, Ms. Schlegel teaches Spanish lessons involving vocabulary, grammar, and culture for seventh and eight graders, facilitates the Passport to Adventure Club in which students explore other countries’ cultures and customs, and implemented the first Hispanic Heritage Month Celebration. In addition, Ms. Schlegel connects with students outside of the classroom as a soccer and intramurals coach.
Upon reflecting on her new position at Saint John’s, Ms. Schlegel shares, “I am so excited to have the opportunity to be a part of the beginning of the new Brother Robert Treanor Middle School Division at Saint John’s High School. I look forward to sharing my passion for the Spanish language and culture with the students as well as working to assist them in their growth as members of the school community. I am honored to be joining a school that is values-driven and that provides opportunities for physical, emotional, and spiritual growth.”
Back