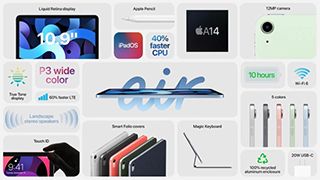 Tech Corner: Apple on it again


iOS 14:
Apple has been praised by its users for their updates on products and software-a trend which continued with their iOS (iPhone Operating System) 14 update in early October. In Today's tech corner, we’ll introduce you to the latest from the country’s preeminent phone technology company.
The iOS 14 update includes a "new" feature of improved widgets that can be placed anywhere on the home screen. Initially, the widgets were set to be a tool of utility.  With the new update though, they are being integrated as a design option for the home screens. Users are now able to customize the widgets to alter the apps' visuals.
Another new feature is the App library, which collects all of the apps on a separate page from the home screen.  For some reason, this update felt strangely familiar.  Perhaps, it is because the feature has been available on Android phones previously.  While Apple claims the feature as “new”, it is really an incorporation of an already popular feature on competing Android phones.
Two other noticeable changes are the picture-in-picture feature and the new phone call UI (user interface), which are part of the new compact UI update. Aside from these features' questionable originality, they are the quality-of-life improvements that have proven to be beneficial and helpful for mobile users. In rolling out these features on their products, Apple has directly addressed a hole in their market share-eliminating factors which might have previously driven consumers to Android purchases.


Ipad Air updates:
Information about the fourth generation of the Ipad Air was also released recently. The exterior design resembles that of the Ipad Pro series with a sleeker look. The Touch ID presence is also noticeable as it has moved to the side of the device. A major development is the inclusion of the Apple A14 Bionic chip, the first official product with Apple’s latest processor. Several additional equipment features, such as the Apple Pencil 2 and the Magic Keyboard, are also supported, making the Ipad Air even more functional and user-friendly. In terms of pricing, it seems like the 4th generation will be a cost-effective choice for consumers, while providing a fresh change for Ipad users.


Apple Watch:
The Apple Watch series released two new products in mid-September: the Apple Watch 6 and the Apple Watch SE.  For style, the Apple Watch 6 has unveiled two models-aluminum, which uses 100% recycled aluminum, and stainless model, which utilizes a classic look with a gloss on the edges. New, improved health measuring devices have also been included, such as the Fingertip Pulse Oximeter. For the Apple Watch SE, modeled after the Apple Watch 5, the distinctive new feature is the elimination of AOD(Always On Display). Also, for the price-conscious, the SE has increased cost efficiency. Compared to the contemporary Apple Watch 6, the SE is approximately 30% cheaper.


Tech Market Trends:
The trend we continue to see in the IT industry is that price increases seem to have leveled off as the consumer base demands more cost-effective options.  Apple has tried to appeal to this audience not by providing lower-end products, but by creating semi-premium products such as the SE series. We can gain insight into Apple's marketing plan as they preserved their brand while dealing with a cost-conscious trend among tech consumers.  Apple’s strategy protects its high-end consumer base while increasing market share among the average tech purchaser.


As always the tech corner is ready to update you on the latest tech news and trends with detailed guides and reviews!
Back