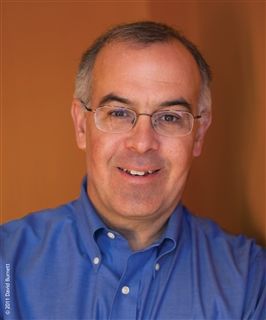 Initially regarded as a conservative political commentator, Mr. Brooks has evolved into an individual whose writings and commentary reveal insight into contemporary human behavior and social and cultural trends on a large scale. Mr. Brooks is currently a leading New York Times columnist and commentator for National Public Radio and PBS NewsHour. He has been op-ed editor at the Wall Street Journal, senior editor at The Weekly Standard, and contributing editor at Newsweek and The Atlantic Monthly.

"We are privileged to have a speaker of Mr. Brooks’ intellectual depth and attentiveness to large moral and ethical concerns," said Headmaster Michael Welch. "He does indeed address many of the intriguing and challenging issues of our society in this day and age. He does so with wisdom, insight, humanity, hope, and compassion. I believe he offers a most wonderful selection for the Abdella Center for Ethics series."

David’s newest book, The Road to Character, “explains why selflessness leads to greater success. He tells the story of ten great lives that illustrate how character is developed, and how we can all strive to build rich inner lives, marked by humility and moral depth. In a society that emphasizes success and external achievement, The Road to Character is a book about inner worth.”

Learn more about David Brooks and his upcoming lecture.