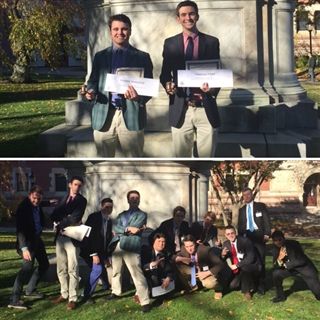 As described by BUSUN 2016's Secretary General, SJMUNers are an A-list team.
BUSUN XX 2016
Written by Tom Moschella '18
The Saint John’s Model United Nations club attended our ninth Brown University Simulation of the United Nations (BUSUN) conference this past weekend. The club took twenty-five students to Brown’s 20th annual conference, which was attended by about 1,000 students from 60 schools around the world.  The faculty moderators (Mr. Chuck Abdella ‘92, Mr. John Berger, and Mr. Kevin Browne) did a great job planning the logistics and making sure the students had a fun and safe trip.

BUSUN is known for having small committees, hence, more lively debates. Innovative committees in 2016 included a Crisis Committee simulating the Bush White House in 2001, The Long Parliament of Charles I in 1640, the Facebook Board of Directors, and the council of generals after the Death of Alexander the Great in 323B.C., although BUSUN XX also ran traditional MUN committees like UNEP (United Nations Environment Programme), WHO (World Health Organization), and SOCHUM (Social, Humanitarian & Cultural).

Despite the difficulty of participating in fast-paced debates, six members of the club received commendations and awards at the end of the conference. Two seniors, Drew Griffin and John Hayeck, received the Best Delegate award, a wonderful accomplishment. Other members honored for their work in committee were seniors Ben Burns, Sam Malone, James Desmond and junior John Button. All of this speaks to the excellent preparation provided by head delegates John Hayeck ’17 and Chris DeWolfe ’17.  While we emphasize at Saint John’s that Model UN is not about awards, but rather compromise and diplomacy, we are honored to have received such recognition.

SJMUN had a fantastic time at the conference and is looking forward to the next big event in our year, our 29th trip to the University of Chicago conference in February.  For updates on the Model United Nations club follow @SJMUN on Twitter. 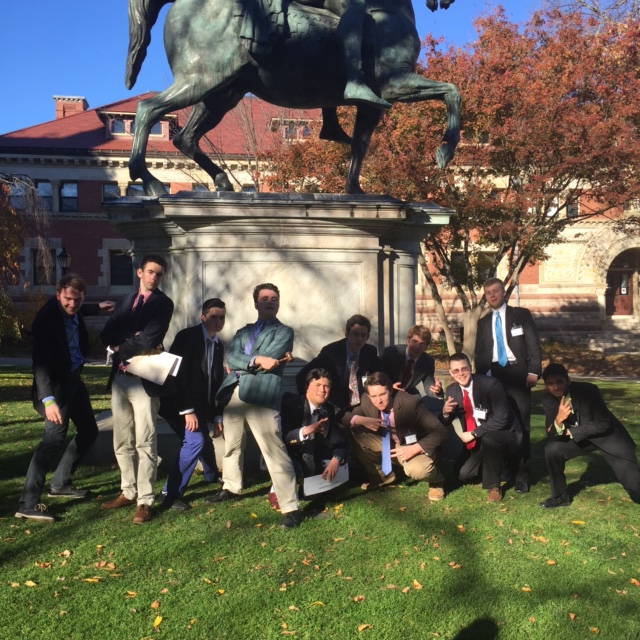