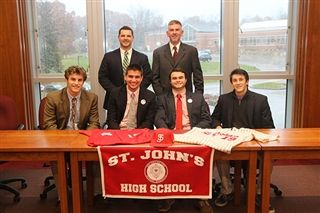 Several student-athletes have committed to continuing their sports at the collegiate level.
Every year, dozens of Saint John's graduates go on to careers as college athletes. Several members of the class of 2017 have signed National Letters of Intent to compete at various colleges and universities at the Division I level. Stay tuned for more SJ Athletics news on outstanding and hardworking student-athletes and their future careers at all levels, from Division 3 to the Ivy League.

Four seniors on the SJ Baseball team recently signed their letters of intent, and their names are listed below. Four other seniors plan to play college baseball at the D3 level and one senior plans to play college football.
Congratulations to these remarkable young men, and to all Pioneer athletes on your past successes and future plans.

See pictures of the signers with their coaches and families. 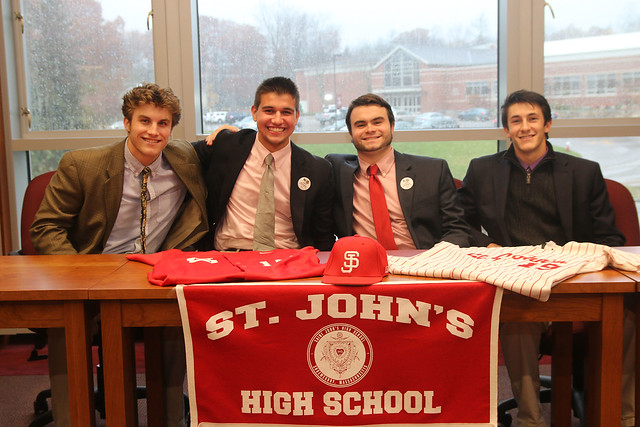